Towards a network of European FAIR-enabling Trustworthy Digital Repositorie 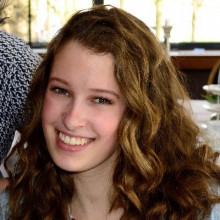 On January 13th 2022, FAIRsFAIR co-organized a workshop together with SSHOC and EOSC-Nordic regarding the creation and facilitation of a European network of FAIR-enabling Trustworthy Digital Repositories (TDRs).

Similarly to the FAIRsFAIR repository support programme, SSHOC and EOSC-Nordic have also offered repository support to those who are seeking certification as a TDR and are looking to sustain these efforts. The workshop was planned in FAIRsFAIR Deliverable 4.4 (“Coordination Plan for a sustainable network of FAIR-enabling Trustworthy Digital Repositories”) as an initial meeting to increase the presence and strengthen the voice of European TDRs. The goal of the workshop was to explore the ideas and needs within the community to see whether such a network can be created and facilitated based on the initial efforts of these projects.

The community interest in the topic became increasingly clear during the workshop. In total, 90 people attended and shared their thoughts and ideas on the topic. The workshop was invitation-only, including the initial groups of support providers and receivers from the three projects, the European Commission, the EOSC Executive Board, European certified repositories, the CoreTrustSeal Board, the Nestor Working Group, and the EOSC Task Force Long Term Digital Preservation. The angle was European by design, but there is an awareness that similar community networking efforts should be considered at later stages as well.

The time is now

To introduce the topic, Ingrid Dillo (DANS-FAIRsFAIR) presented the context and potential value of a European network of FAIR-enabling TDRs. Christian Cuciniello (European Commission) provided the perspective of the European Commission on open science and the FAIR data principles in Horizon Europe and the goals for the longer term. Both presenters ended their sections with the same clear call to action: “The time is now!”

Hervé L’Hours introduced the audience to the new EOSC Task Force on Long-term digital preservation that is being developed to sustain EOSC. One of the subgroups in this task force will make recommendations on the creation of a European network of TDRs and for EOSC data services.

After this outlining of the context, the three projects briefly presented their repository support efforts. Linas Cepinskas (DANS-FAIRsFAIR), Henri Ala-Lahti (FSD-SSHOC), and Tuomas Alaterä (FSD-EOSC-Nordic) showcased the ways in which they supported European repositories towards certification and general trustworthiness. The audience then got the chance to ask the six presenters some questions. Topics that were discussed regarded the current state of affairs in the community and how a network would change this, as well as the large variation in needs and standards in the community.

The voice of the community

In the next part of the workshop, the audience was invited to share their thoughts and opinions through an interactive Mentimeter discussion facilitated by Ilona von Stein (DANS-FAIRsFAIR). Participants were asked whether they would want a European network of FAIR-enabling TDRs to come into existence and who else should be a part of this network. Goals and challenges were also discussed, and the audience was asked to share any other relevant community efforts that they are aware of.

These questions facilitated a lively discussion on specific concerns to be aware of while progressing towards such a network, as well as certain strengths that the community has that can be harnessed to aid it. The discussion also broached the topic of the researcher as an important stakeholder. Future steps could include more focus on researchers and how they can be supported to easily deposit and find data.

“What is currently missing in the community is ‘one voice’ to represent European TDRs within the context of the EOSC. The creation of a network can help strengthen the presence of TDRs in Europe and promote the adoption of FAIR and TRUST practices.”

What does the future hold?

After the fruitful and active inputs from the participants, many possible steps were identified that could be taken to progress towards a European network of FAIR-enabling TDRs, as well as points to keep in mind to make this progression as successful and relevant as possible. To make sure the input of the workshop will be taken forward and the topic will remain an important focus point, a white paper will be drafted by volunteers from multiple actors containing suggestions for future steps. This will be presented to the attendees as a draft, so they will be able to provide further feedback and input. This white paper can then function as input to further developments and the formation of concrete actions.

You can find the workshop recording and slidedeck on the FAIRsFAIR event page or on Zenodo (slidedeck only). The slidedeck includes the results from the Mentimeter, showing the input provided to all questions by the participants. Were you unable to attend the workshop, but would you like to be included in further communications around the topic, please contact Ingrid Dillo, ingrid.dillo@dans.knaw.nl.