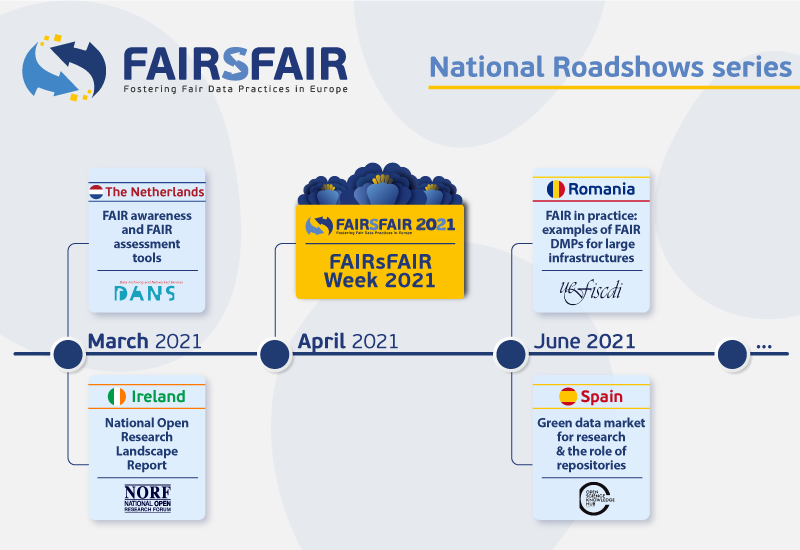 The first in a series of FAIRsFAIR national roadshows kicked off in the Netherlands on 2 March 2021.

A collaboration between LCRDM and FAIRsFAIR Coordinator DANS, the event offered participants an overall introduction to FAIRsFAIR and to some of the FAIR enabling tools which have been developed in the project. Presentations were also given by representatives from the European Group of FAIR Champions.

The roadhow series continues in Ireland on 16 March 2021. Further sessions are scheduled in Spain and Romania during June.  The series form part of a larger strategy to broaden and deepen the impact of FAIRsFAIR both within and beyond established networks. Plans include active engagement with the newly formed EOSC Association, and the GAIA-X initiative, events for university audiences, and the FAIRsFAIR public meeting on 13 April during FAIRsFAIR Week 2021.

Watch a recording of the first roadshow and download the presentations